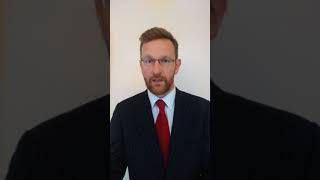 What happens to your pension when you die?

Warren Buffet is the most often quoted, and misquoted, figure in the investment world. This is with good reason.

Firstly, he is a compelling character; he hails from Omaha, a place not renowned as a financial capital and has little interest in material possessions. He drove the same well worn VW Beetle for years and despite having made a great fortune continued to live in the same ordinary suburban house. He led an interesting and remarkable liberal personal life for a man who one would imagine to be a bastion of conservatism. He drinks Cherry Coke by the gallon. Through Berkshire Hathaway, he has owned a considerable part of the company that makes his Coke as well as other world famous brands such as Gillette, the razor manufacturer. When he bought into Berkshire Hathaway it was a textile manufacturer from a passing era. Now, it is a truly modern company and also one of the largest insurers in the world. Buffet believes his own particular skill is in having a better insight into how to best use cash flows generated by the businesses he owns. He is a long-termist and in stark contrast to most professional investors has very little interest in the price of a stock, he invests in business as opposed to speculating on the movement of market pricing.

So what did this unusual and hyper successful American suggest should be done when he was asked recently how he would invest a post retirement income draw-down pension? Or translated to an Irish context, how would Warren Buffett invest his ARF?

His solution was compelling and elegant in its simplicity. Unsurprisingly there was no secret sauce, no smoke and mirrors, complication or exotica. This is his portfolio: invest 90% in an S&P 500 tracker and 10% in a short dated government bond fund. The rational is that the S&P 500 would provide the growth and the bonds the necessary liquidity to deal with the income draw down. It is also cheap as chips to implement giving it a major performance advantage.

There is definite merit in Buffet’s solution for the Irish ARF investor; if you can handle the ride it is certainly an option, although that is a big if. If you are that bit older or have little tolerance for risk or volatility this may not work for you. Buffet’s solution also has a particularly American lilt.

All ARF investors need to be conscious of the effects of imputed distribution which necessitates drawing 5% from an ARF annually. Historical data suggests Buffet’s ARF would cover imputed distribution and allow for real growth after costs. The S&P 500 has historically returned between 9% and 11% on an annualised basis over any 20 year rolling period over the last century.

So should the Irish ARF investor follow Buffet’s advice? Perhaps; there is definite merit in his approach. However each case is different and one size never fits all. Following Buffet’s way is also not as simple as saying “I’m in”. Implementing the Warren Buffet ARF for your pension requires having the right structure, charging arrangements, execution and capacity to rebalance the portfolio on an ongoing basis.